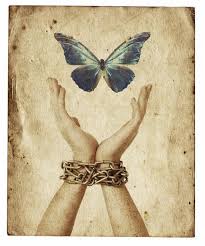 Many women suffer in one way or another from a life of tyranny and oppression. Whether that is from a narcissist dictator as Asiyah did (wife of the Pharaoh), or from family members taking advantage. No muslim women should be subjected to psychological and or physical abuse by their husband or family.

The Quran began its revelation warning believers that narcissistic traits are diseases of the heart.

Surah Alaq ayat 9-16, Surah Qalam ayat 11-14 begins to name just a few of the traits of narcissism such as liars, oppressors, arrogance, slanderous, mockers and so on, the Quran is full of examples of psychological and physical abusers and warns continuously against this character.

But narcissism can be quite subtle to a victim of a narcissist and the narcissist themselves often accuse others as being narcissists!

Time and time again women come to therapy (and men) expressing their anguish at the hands of a narcissist. It can be a husband, it can be a mother in law, it can be a father, it can also be a teacher. What is even more astonishing is that some claim to be Muslims, they practice their faith with no awearness that their own narcissism is an evil blocking their hearts. Some narcissists hide behind a cause, claiming to be Imams, Sheikhs, charity fundraisers and even therapists! The very Abuse they commit they then criticise publicly, showing themselves to be saviours, charitable persons, experts in their various fields.

In order for a person to be diagnosed with narcissistic personality disorder (NPD) they must meet five or more of the following symptoms:

Asiya  trust was set up to support women emerge from oppression, gain empowerment and discover peace in this life and the life hereafter.

Asiya trust relies on donations and is soon to become a registered charity. Entitlement to Asiya funded counselling sessions is upon meeting the following criteria;

*A contribution fee is required for the counselling sessions of £20 per 1 hour session of 6 funded sessions of a normally £40 session fee. (Asiya trust will pay Salaam Solutions Therapy fee). £20 contribution is payable at the beginning of each session with a 24hr cancellation policy. Failure to turn up for your session more than once will result in cancellation of Asiya funded counselling place and a charge for the missed sessions.

To apply for 6 funded counselling sessions by Asiya trust email salaamsolutionstherapy@gmail.com or text 07513951531

The Legacy of Asiya

Asiya (Arabic: آسية), also known as Asiya bint Muzahim, is revered by Muslims as one of the greatest women of all time, other three are Mary (mother of Jesus), Khadija (wife of Muhammad) and Fatimah (daughter of Muhammad). She was the wife of the Pharaoh (in Arabic pronounced “Fir’awn”), who reigned during Moses‘s (Arabic: Musa) time. The Qur’an chronicles her as a great person. She declared her faith in the message of God after witnessing the miracle of Moses in the Court of Pharaoh and after witnessing the death of another believing woman under torture. The Pharaoh tried to turn her away from the God. But Asiya refused to reject the God and teaching of Moses. On the Pharaoh’s order, she was tortured to death.

It is said that Asiya was a sincere believer and that she fully submitted herself to Allah, despite being the wife of Pharaoh. According to Hadith, she will be among the first women to enter Paradise because she accepted Moses’s monotheism over Pharaoh’s beliefs. The Qur’an mentions Asiya as an example to all Muslims

And God sets forth, as an example to those who believe the wife of Pharaoh: Behold she said: ‘O my Lord! Build for me, in nearness to Thee, a mansion in the Garden, and save me from Pharaoh and his doings, and save me from those that do wrong’: